I seem to have work. While I am loathe to guess whether it'll stick, I am working as a pasta chef right now at Tappo Wine Bar. Here's hoping I can keep up.. and survive the late night trips back to Etobicoke..

going to an interview.

Can anyone help take care of my pet bird? My parents won't let me keep it here and I need to find someplace to have it stay until I move out :(

Ug, need references for my passport renewal but I don't know any of my friend's addresses... typical internet age angst :)

Okay, anyone know what Furries are in Germany? I'll be in Frankfurt for a short while. I would love to do trips as far as Dusseldorf.

I've been poking at my runes, so
Does anyone one a one-rune draw?

wait, let me pull out my old post for that: 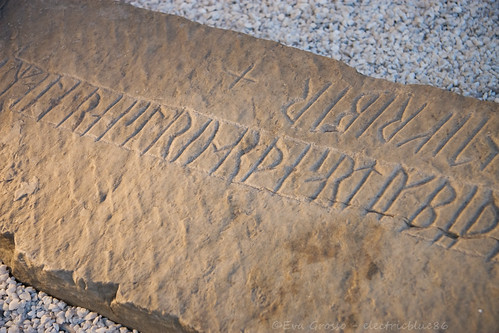 One-Rune draw round 3!
Open all day

What they are:
The Fuþark is an alphabet derived from a Italian source, which moved into Germanic regions then up to Scandinavia. Originally they were used for marking property and, according to Roman sources, connections to the divine for aid and information. They survived the conversion to Christianity as a letter system with power and meaning, showing up on stones outside of churches with crosses around them, and were used to mark holy places and write important things and notices until the 1400's. They have found a revival of interest and are often used now for their original purpose.

Where my set is from:
My sister-in-law, who owns Tara Hill

What you need to do:
Comment, and either ask for a rune in general or ask a question. Yes/no doesn't work with them. I will relay to the best of my ability, though more information means easier comprehension for me.
Feel free to link or point out if you think anyone else would find this of interest.

haikujaguar for the general idea.

Looking Back
LiveJournal is turning 10 and we're feeling nostalgic. What was your first LJ post about?
Reply 162

After years, and I do mean years, of watching the live journal thing, I've finally tossed my hat into the ring. I never wanted to. I thought it was a fad. I thought it was a waste of time. Frankly, I didn't like the useless drivel a lot of people spent their days posting and I doubted I could write any better. Well, it's all changed now. I don't really know half of the options available to me, and I fear this will be an all too mundane entry to a mundane world, but I was simply overwhelmed by peer pressure. "Everyone's doing it" has never been more true.
Oh well. I'm sure it's not addictive or anything

This doesn't surprise me a bit, being an animation nrrd grrl, and familiar with the.. um.. issues with the Disney film Robin Hood. But it might amuse some of the rest of you.

Disney: yeeeeeah, they're pretty much tracing themselves

What Big Cat Are You?

*hssss* About right. Also missing is a note on the very FUZZY PAWPAWS they have.
Because I is cute and fluffy :)